Do you love to read? I do. During the school year, I read in the evenings when I should be planning or folding laundry or sleeping. The best thing about summer (other than not having to pack lunches or set an alarm clock) is having the freedom to read without feeling guilty that I should be doing something more productive. 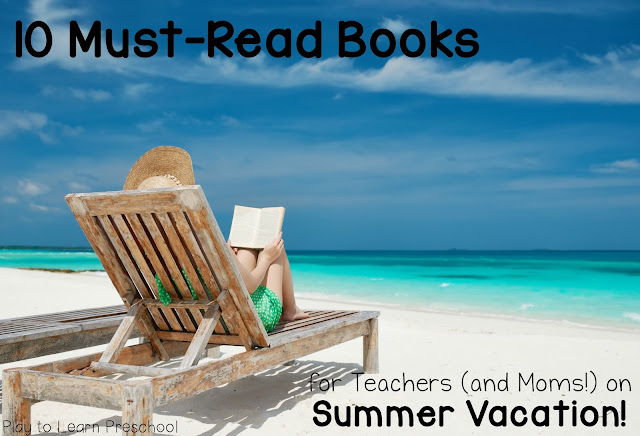 My favorite books are fiction. I love historical fiction (and have been on a WWII streak for the last year or so), romance, realistic fiction, and mysteries. The best books are easy it is to read (I don’t like to work too hard when I am relaxing) and have good “feels”. Friends are always asking me for recommendations about good books to read, so I thought that I would put together my Top Ten “Must-Read” books for summer. If you’re headed to the beach, or just chillaxing at home, try one of these. I guarantee they’re good!
(Affiliate links included for your convenience.)
1. The Life Intended by Kristin Harmel
This beautiful book is about a young widow named Kate who is struggling to find happiness 12 years after her husband’s death. She begins to have mysterious dreams that her husband is alive. The dreams are so realistic that Kate discovers things about her life even when she is awake. I could not read this one fast enough. I had to get to the end to make sure it was a “happily ever after.”

2. On the Island by Tracey Garvis Graves
I first read this in the summer of 2012, and have reread it every summer since. In the story a young teacher named Anna travels to the Maldives to tutor a high school student, TJ, who missed most of the year due to cancer treatments. Their plane crashes and they are stranded together “on the island” for years. It’s a bit reminiscent of Tom Hanks’ Castaway with a romantic twist. Such a good book for summer!

3. The Nightingale by Kristin Hannah
I mentioned above that I’ve been on a WWII fiction kick. I liked Unbroken on Amazon a few years ago, and they constantly recommend similar books. I think they have my number. Anyway, The Nightingale is the story of two sisters, Vianne and Isabelle, who are living in France during the Nazi occupation. The story takes place primarily during the 1940s, with flash forwards to the present day. The glimpses into the present offer a sort of mystery about which sister survives.

4. Me Before You by Jojo Moyes
Ugh, this book! It’s a heartbreaker, but I am a sucker for a good cry every now and then. This is the story of a British woman named Louisa who becomes the caretaker for a moody, former hot-shot who suffered a terrible accident that left him as a quadriplegic. Get out the tissues for this one.

5. Love Anthony by Lisa Genova
Lisa Genova is the author of the currently popular Still Alice. I’ve read her other books and they are equally good. I would not be surprised at all to hear that they are also being made into films. This one, Love Anthony, is the story of two moms living on Nantucket — Olivia and Beth. Olivia’s autistic son Anthony recently died. I didn’t fall in love with this story until about halfway through, when Anthony’s voice made me realize that we can feel love without ever hearing the words.

6. Memoirs of an Imaginary Friend by Matthew Dicks
When I was a little girl, I had an imaginary friend named Mickey. He was a boy, not a mouse, and he died suddenly when I was about 4 years old. My own son had an imaginary grandpa for more than a year. We baked cakes for the grandpa and talked for hours on end about the fun that my son had at his house. He disappeared quietly, visiting less frequently until we realized that he was gone.

This is the story of a little boy named Max and his imaginary friend Budo. The imaginary friends are described with such imagination and detail. Budo is stuck with a big dilemma. He knows that when the kids no longer need imaginary friends, they disappear. Budo doesn’t want to disappear! But he understands that the best thing he can do to help and save Max is to give him the courage that he needs, knowing that it will mean his own demise.

7. Slammed by Colleen Hoover
I have a serious fangirl attraction to Colleen Hoover, to the point that I could easily write a “Top Ten Colleen Hoover” book recommendation list. Her personal story is amazing, and she is generous, kind and funny. I first read Slammed when she self-published it on Amazon. When she liked my review of it on Goodreads, and I knew that we had become BFFs. Just kidding. Not really.

Anyway, if you are only going to read one book this summer, it should be Slammed. This is the story of a high school girl named Layken who meets just a slightly older guy named Will. Will writes slam poetry and Lake easily falls in love with it (and with him). After you finish Slammed, you will want to read Point of Retreat and This Girl.

8. Never Never by Colleen Hoover and Tarryn Fisher
I’ve already admitted to being a huge Colleen Hoover fan. This is no exception. Never Never is a trilogy of novellas written by Colleen (see how we’re on a first name basis) and Tarryn Fisher. Only the first 2 novellas have been published, with the third expected later this summer. If you love a great cliffhanger, go ahead and read the first 2 now. I don’t normally like cliffhangers, and prefer to wait until all the books in a series have been published before I read them. Unfortunately for me, when it comes to Colleen Hoover, I have zero willpower. So I read the first two already and now I’m just sitting here on the edge of my seat waiting for the last one!

9. The Invention of Wings by Sue Monk Kidd
This story takes place on a Charleston plantation in the early 1800s. It’s the powerful and heart-wrenching story of a slave girl named Handful who is the handmaid of an 11-year-old girl named Sarah. The book is based on the real Sarah Grimke and carefully balances history and fiction with tragedy and inspiration. It’s a must read.

10. All the Light We Cannot See by Anthony Doerr
And, here we are back at the WWII fiction again! This is the book that I am currently reading. It’s the intersecting story of a blind French girl living in Paris during the German occupation and a gifted German orphan boy who is recruited for the Hitler Youth. I can’t put it down, and blame it for the piles of unfolded clothes on my couch. Maybe it’s not just during the school year that I neglect chores in favor of a good book?!

I’m always adding books to my “To-Read” list and would love to hear what’s on your reading list!
Previous Post: « Ice Cream Parlor Dramatic Play
Next Post: Books for the First Week of Preschool » 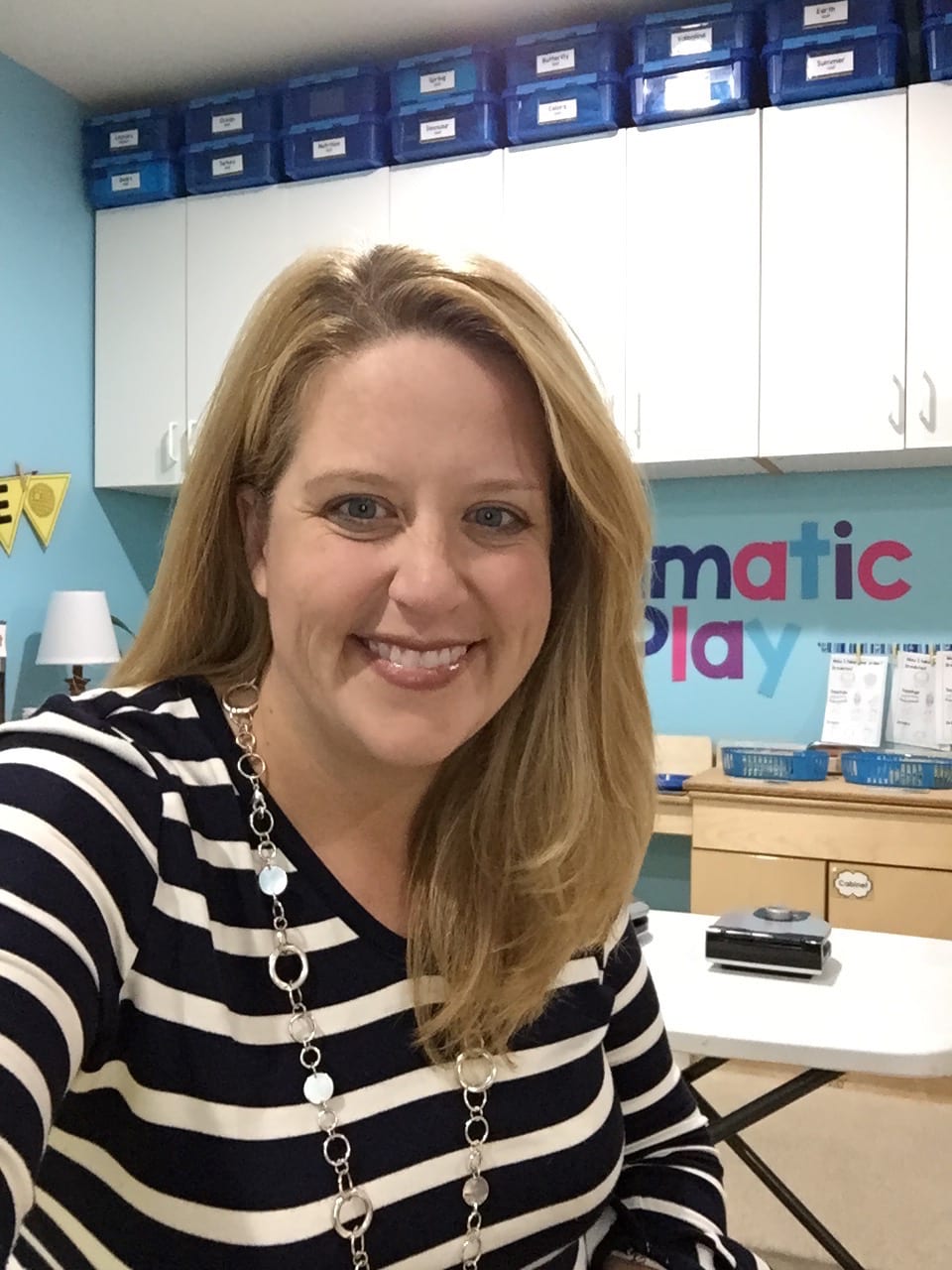